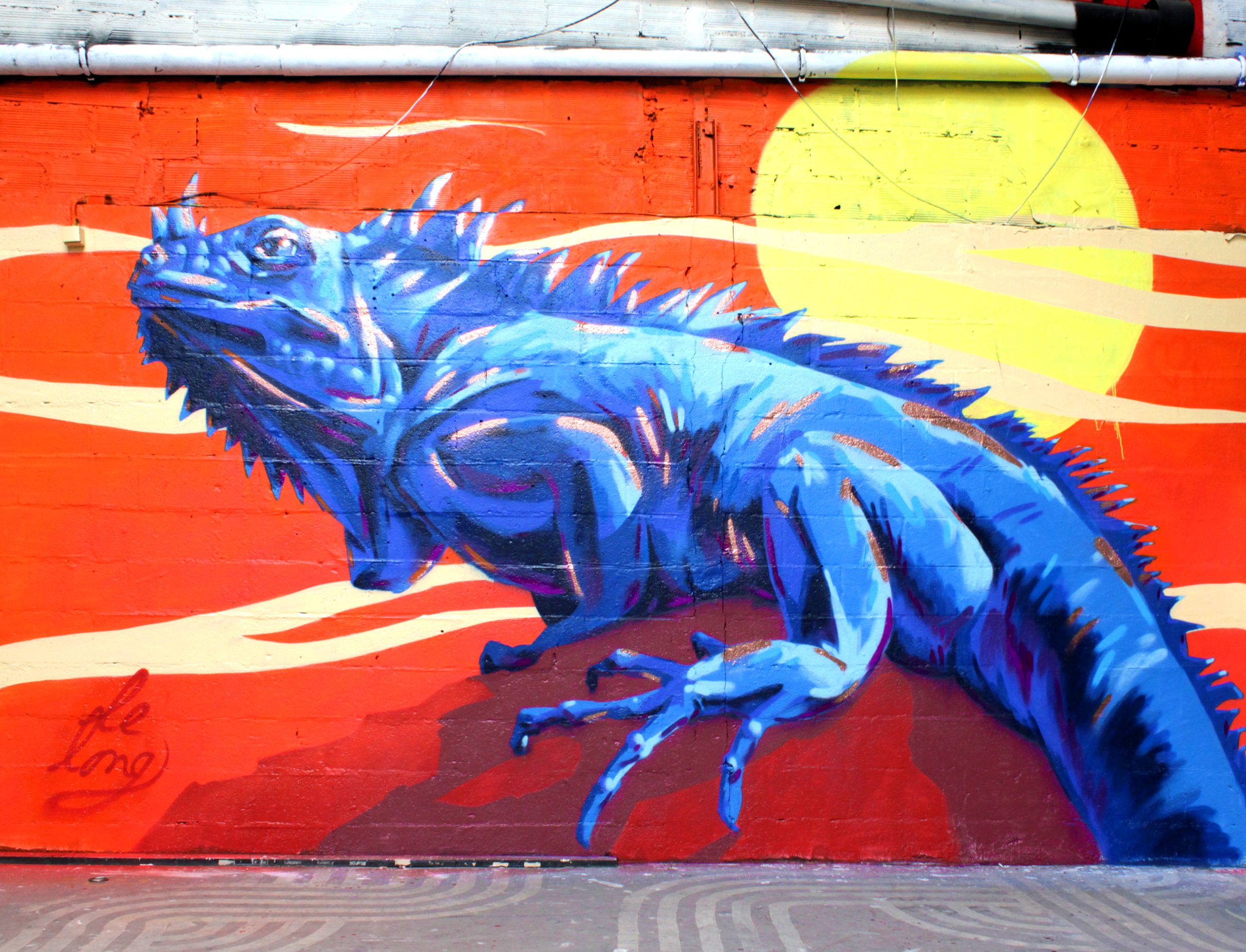 Mathias aka Le long, ends a season of 2020-21, with over thirty animal murals on the streets of East Paris. More so, he has participated in festivals, painted in private gardens, did a personal exhibition, and created Alphonse le Tigre, large format mural on rue Dénoyez, at the beginning of November. It has been a fantastic year!  Portraits of animals, or should I say subjects, come with a name, that makes them seem more familiar to us. We are in the same family of living beings. Unfortunately, our children see animals mostly in supermarket’s freezers. In the meantime, many species are threatened with extinction.

Le Long is drawing since he was a kid. His first graffiti dates from when he was a teenager and was living in the South of France.

When he started his studies at the academy in Lyon, he stopped all activity on the streets. He graduated in 2010. He is particularly interested in animation films and soon gets a position of a director in the techniques of Stop Motion and Mixe Live/2D. He creates advertising productions, music videos, documentaris, feature films and video mappings. In 2018, he produced the show projected on the Arc de Triomphe for the New Year festivities.

After producing stencils for his friends and in the Butte-aux-Cailles district, a Parisian street-art hotspot, he produced his first freehand mural for the association «Les Arts fleurissent la Ville» at the urban art garden in Les Lilas in July 2020.  Since then, he’s been drawing non stop. The images of the animals are pleasant to look at even though they are the ultimate reminder of our planet being in danger. It is the darkness of our daily reality.

Le Long does not use contour in his works. But instead, he paints „impressions”, adding the splashes and traces of color that forms the subject. The portraits are often inscribed into a graphic element such as a circle or triangle that outlines them.  He divides his time between his work as a graphic designer and his passion for urban art, for which he did not hesitate to sacrifice some of his nights. His characters then appear in a farandole that stunned his followers, here some of them, retro-chronologically:

The artist recently participated in various calls for projects, and we are thrilled to share some of the pictures shared exclusively with Street-Art-Tour-Paris: 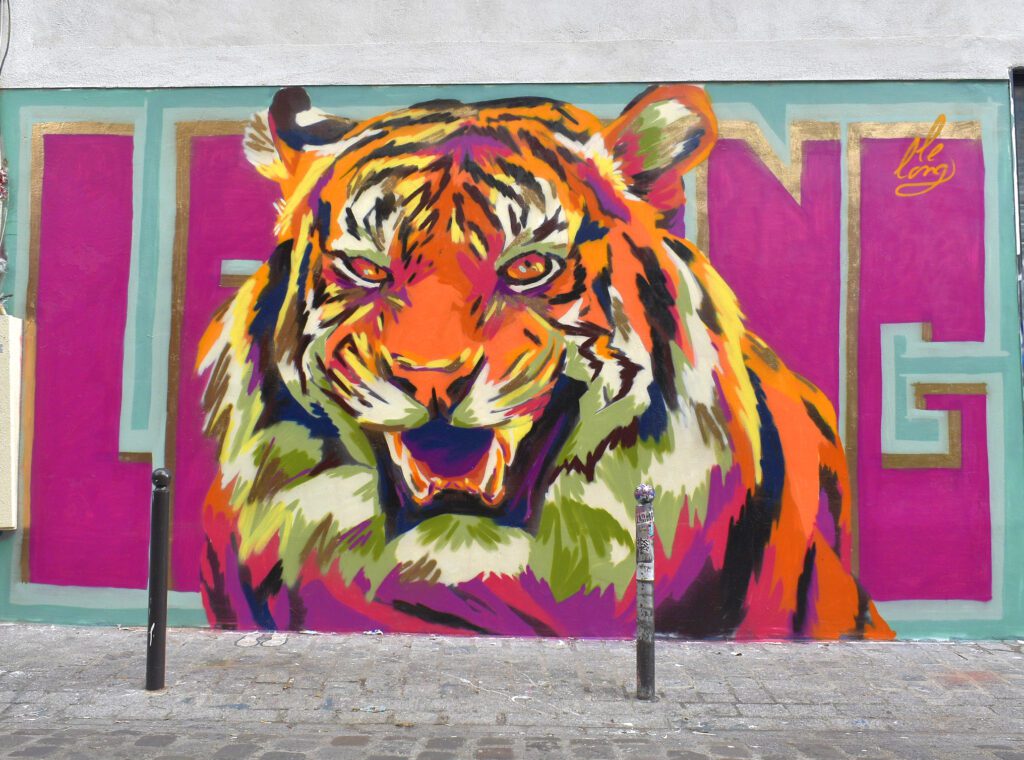 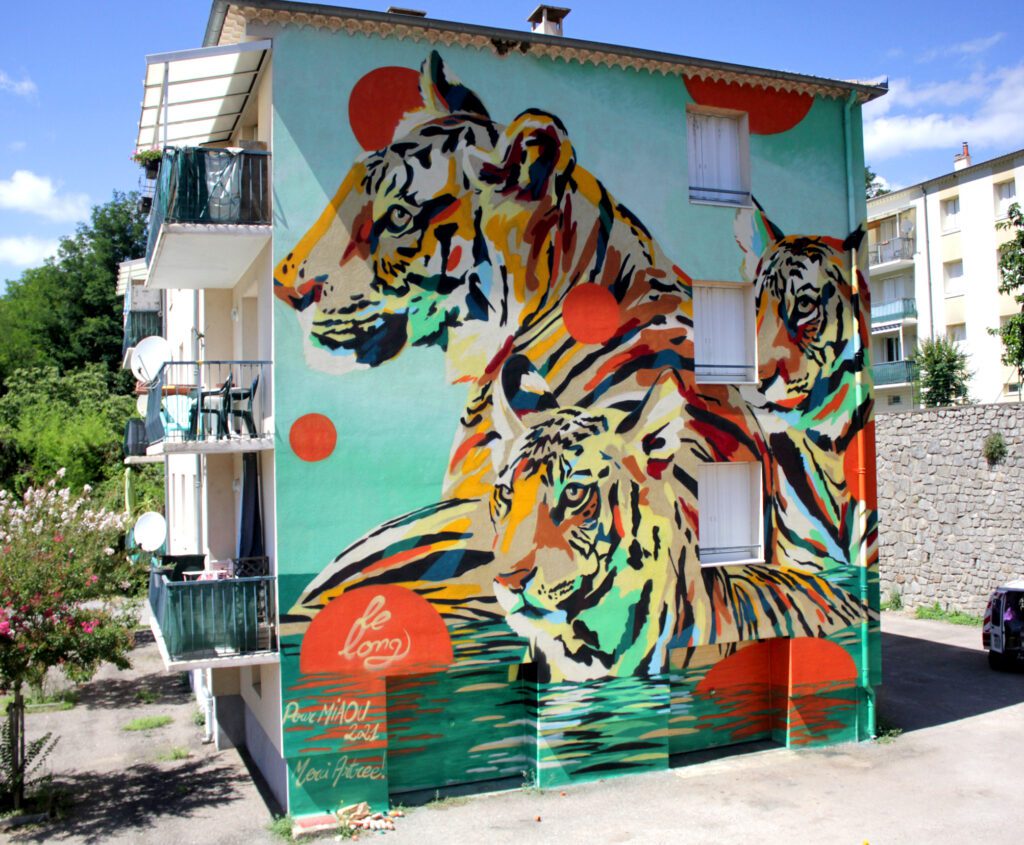 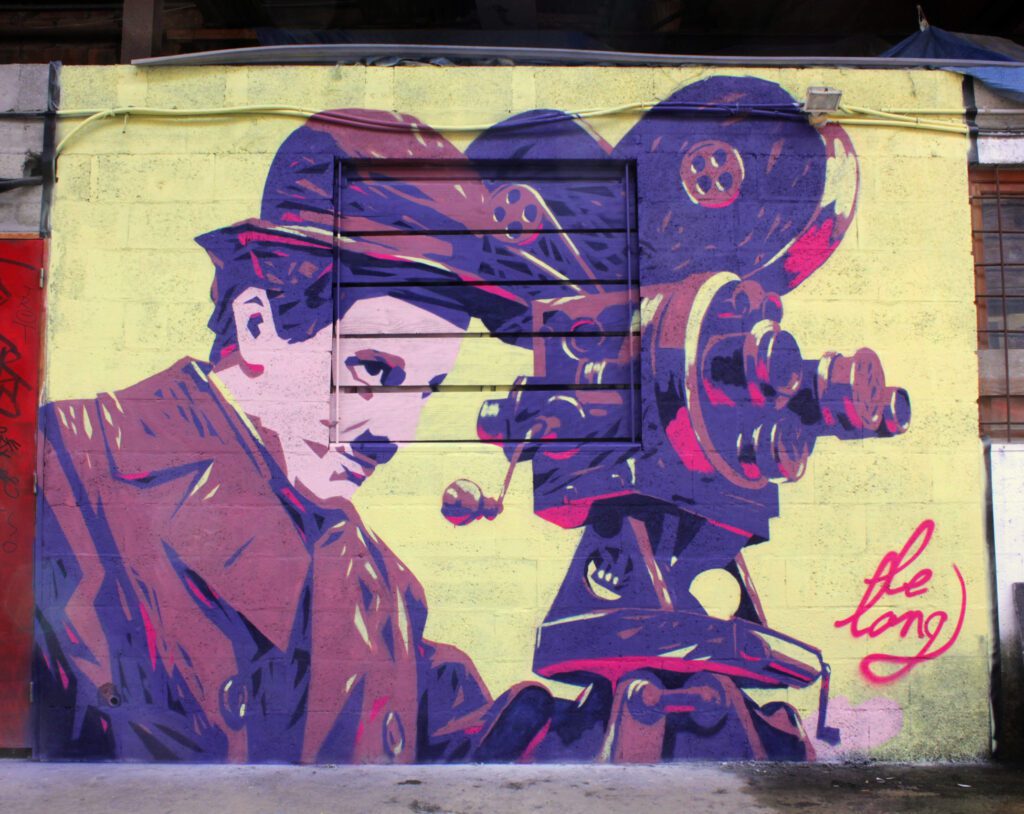 In tribute to Studios l’Albatros, by Le Long, Montreuil, September 2021 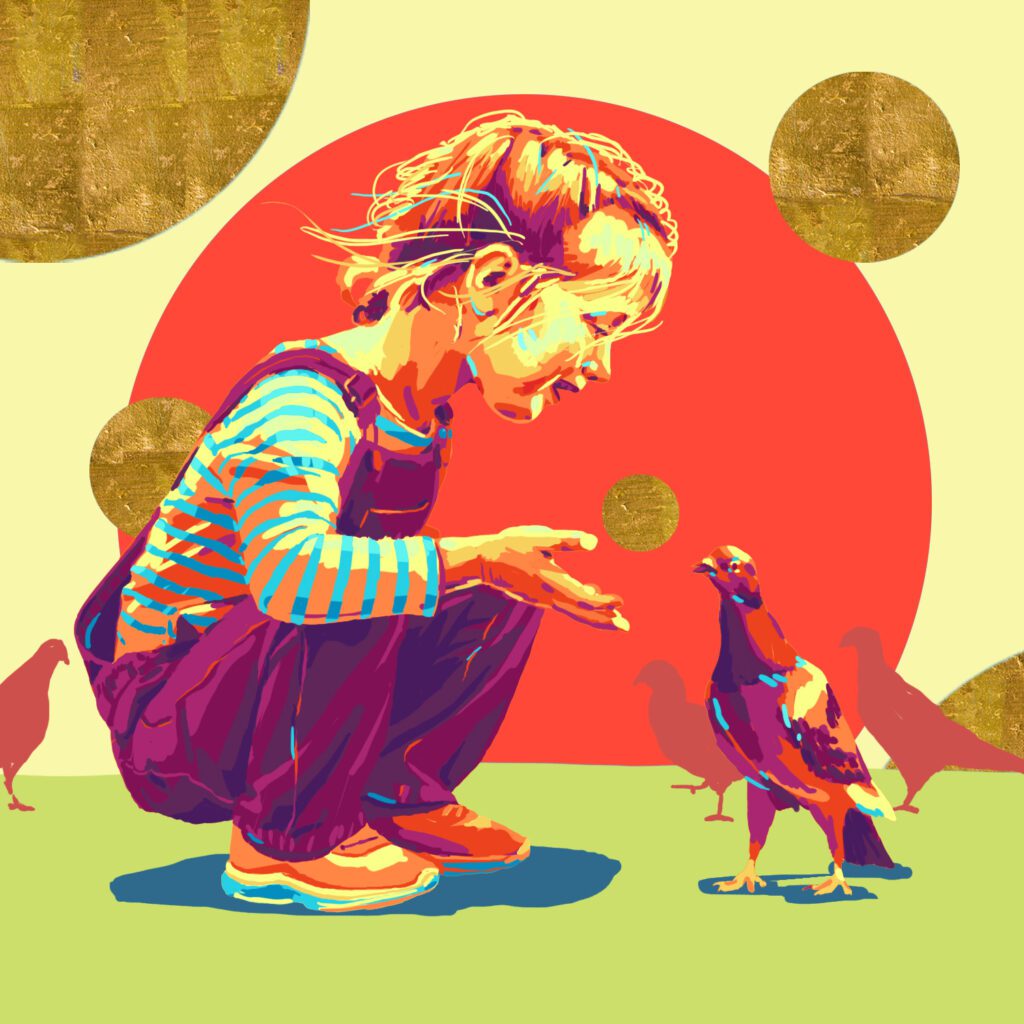 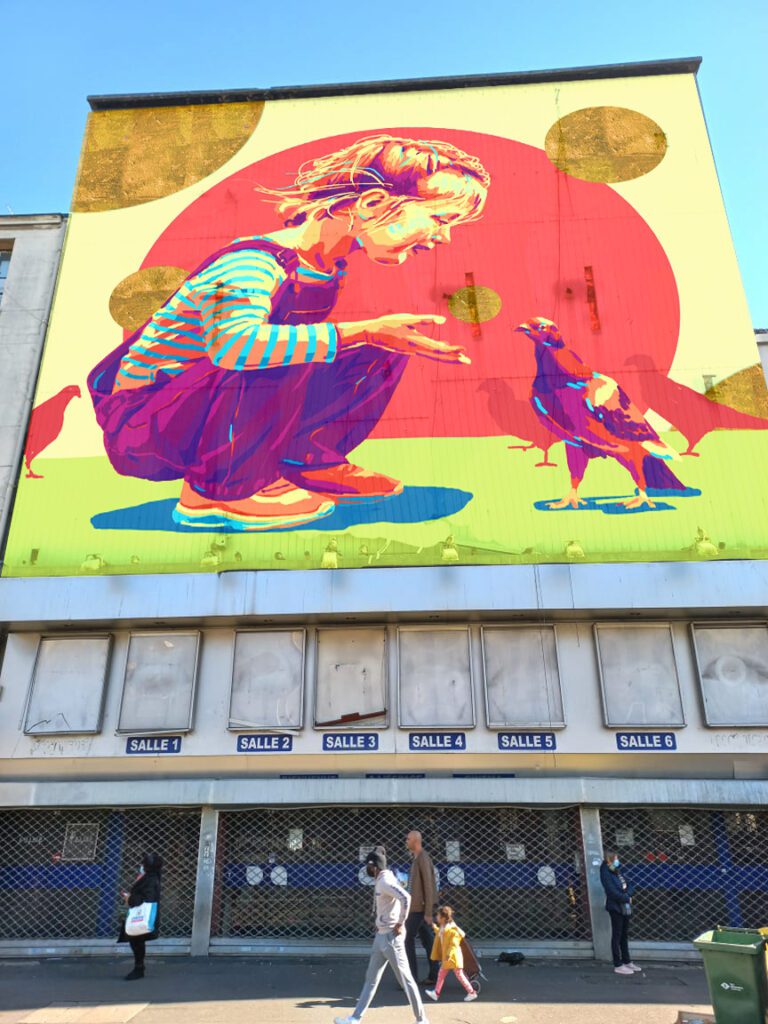 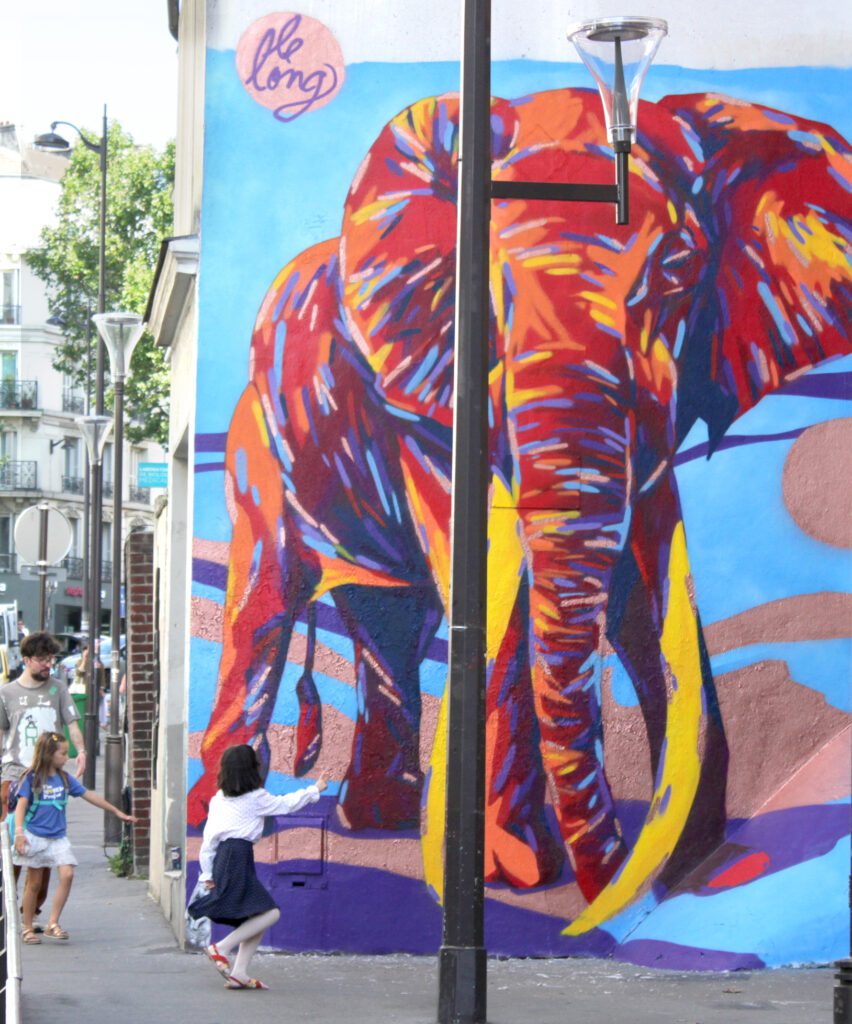 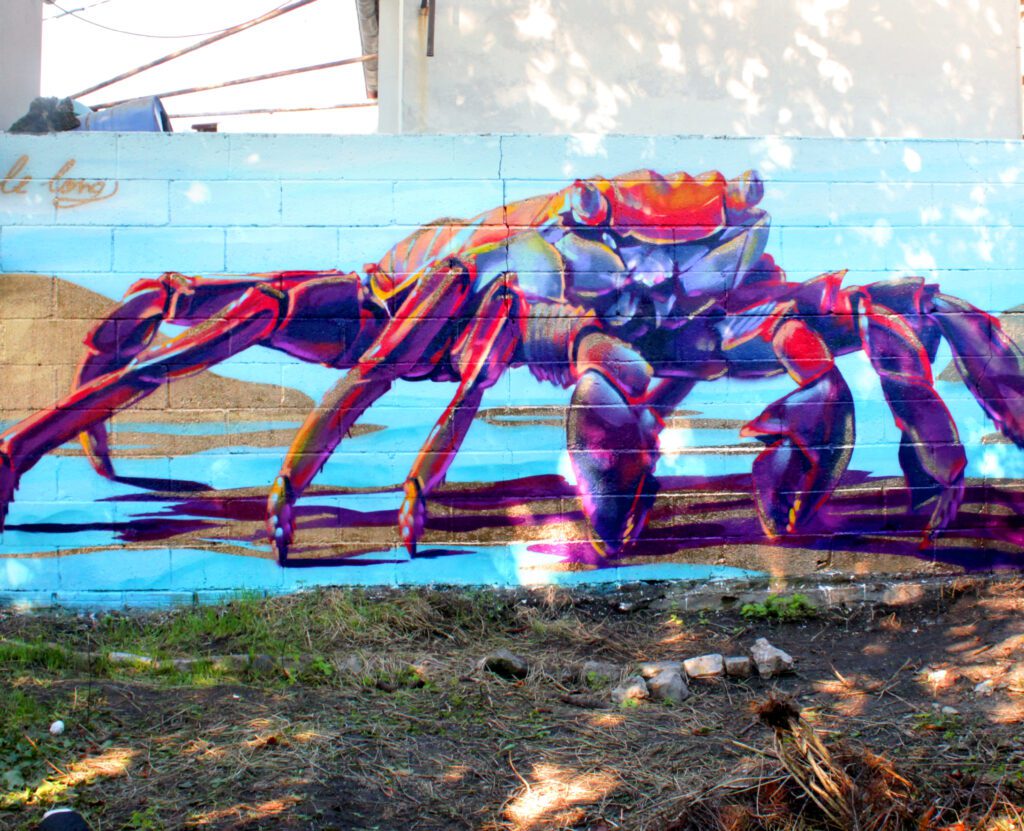