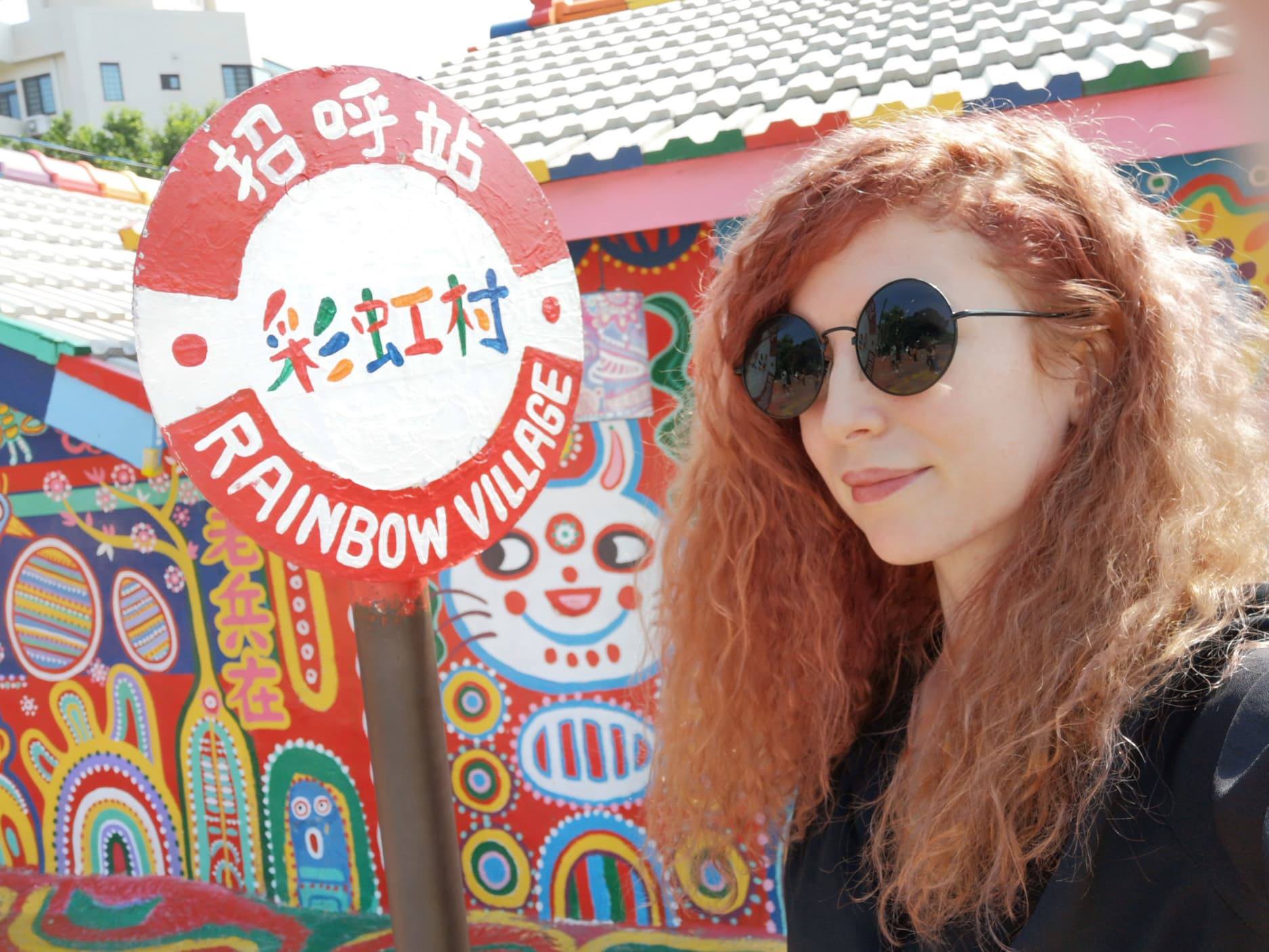 Our friend Eva writes about her experience in Taiwanese village in Nantun District know for its incredible street art. All streets are painted by 96-year-old Huang Yung-Fu, former soldier, that saves his village from demolition by turning it into a “Rainbow Village”.

My experience at the rainbow village was amazing. A few months back, while scrolling on Facebook, I found a short documentary from the BBC talking about the place and giving a bit of info about the back story. This incredibly cute grandad called Mr Huang Yong-Fu didn’t want his village to be destroyed by real estate developer, so he decided to start painting his house, then his street, then his neighbours’ houses. The students from the University nearby started noticing, taking pictures and helping him to campaign against the demolition. The local government mailbox flooded with complaints and the tourist started to visit in larger number, so that is how he managed to save the village. Mr Huang Yong-Fu was a former soldier and had no background or education in art whatsoever which for me, made it even more fascinating. The documentary didn’t say exactly where the place was, it was quite vague, just mentioning China.

So I was more than surprised when I decided to take a short trip to Taiwan and discovered that it was actually located there. After a few days in Taipei with is a very interesting city, especially culturally (the fine art museum is TO DIE FOR), I hopped on a train to Taichung.
Taichung itself isn’t that amazing but it has its charms. Large Town, with great food and close to some unbelievable nature.
On my second day there, I took a local bus (thanks to google map since all indication where in Chinese) and after a 45 minutes ride I reached the Nantun District, considered a suburb of Taichung.

The actual Rainbow village is quite small, only 11 houses are left. If you rush through it you will be done in 10 minutes but if you enjoy it, you can easily spend a few hours observing every detail from the floor to the ceiling, grabbing a rainbow ice cream or a cup of bubble tea (one on Taiwan many specialities) and taking a million photos of what Rainbow grandpa has painted.

His style is very bright, colourful and kiddish. He painted many faces, characters, animals or monsters, sometimes in quite funny situations, as well as some patterns and Chinese characters that sadly, I couldn’t understand.
If you are lucky, you might spot him wandering around, sitting in a corner or even painting. Just approach him with a smile and you might shake his hand and take a photo with him.

You may wonder what I was doing in China? Just travelling. I needed to clear my head since I had a pretty rough end of the year so I thought it would be a great idea to change my surroundings for a little bit. Since I live in Thailand and love Asian culture in general, I wanted to take the opportunity to visit different countries that are just close by.