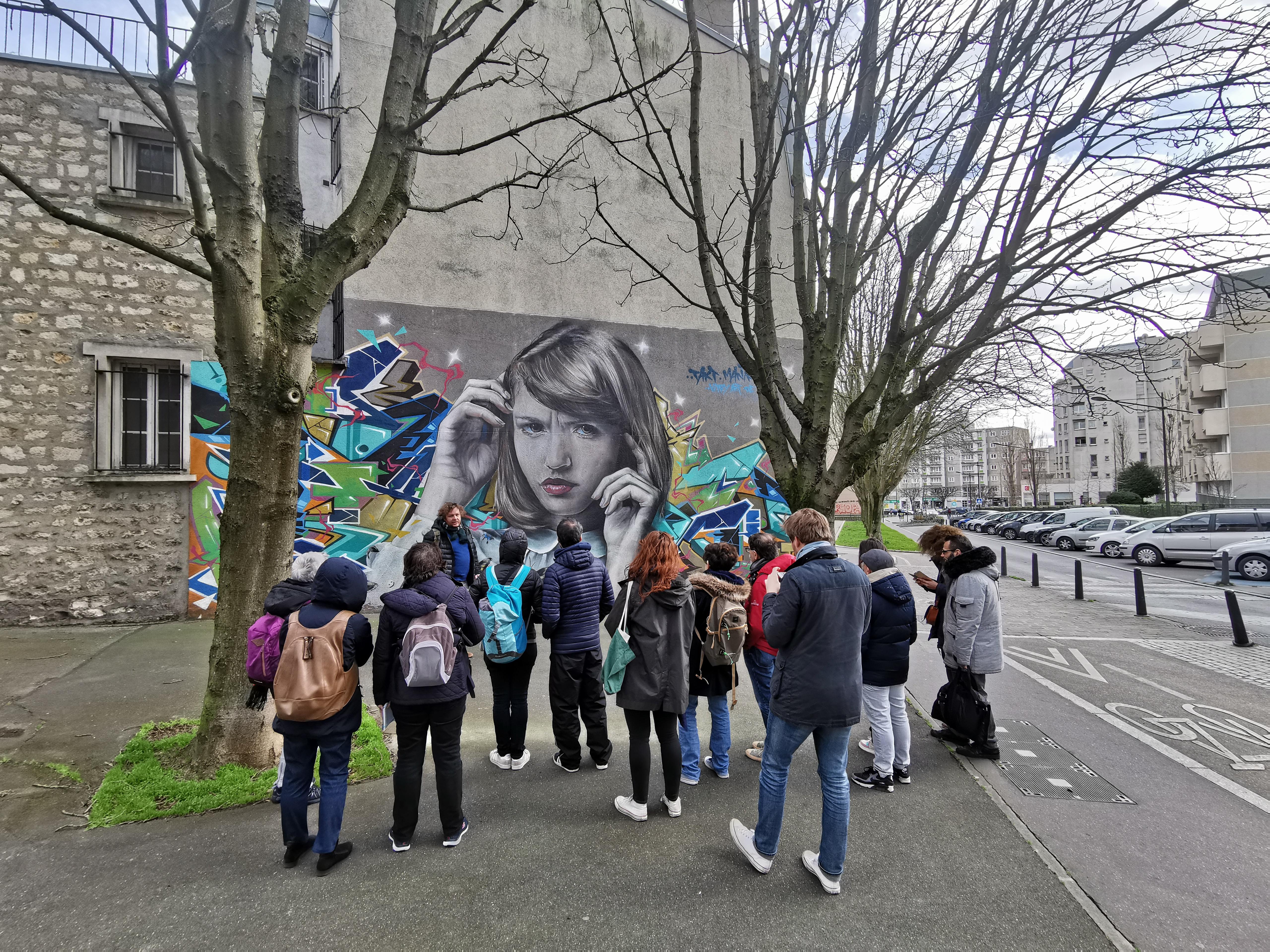 Ok, so it is not technically in Paris, but if you want a similar experience like walking around Wynwood Walls, it is well worth your way.

The truth is Paris in an old city and it does not have many large walls that can be painted (excluding the 13th arr), and even when there is an available place, graffiti is still not entirely accepted here. For this reason, the majority of artworks are rather tiny and hidden, mostly made of paper, with some neighbourhoods – like Belleville, Montmartre, le Marais or 13th arrondissement being the most popular destinations. But if you prefer big and colourful walls and beautiful graffiti pieces, come along with us and leave the city for just a few hours!

RER C or Bus 180, will take you to the heart of Street Art Capital of France. And I am not kidding!

The area has been one of the biggest suburbs of Paris, with almost 30% of the population being born outside Metropolitan France.

Since the early 2000s, Vitry-sur-Seine operated a cultural policy of bringing art to all. This is why, it currently has more than 100 public sculptures and a great contemporary art museum Musée d’Art Contemporain du Val-de-Marne, in short, MAC VAL.

Graffiti culture was popularized here in the late 90s simultaneously with the rise of the local hip hop group named 113. In 2009 artist C215, who at this point was already introduced to the international arena by Banksy himself, moves to Vitry to reunite with his daughter. It is thanks to him that the place truly flourished with art! He managed to not only decorate the streets by himself, but he took over the role of curator, inviting muralists from all over the world.

Currently, it is mostly Vitry’n’urbain organisation, proposing graffiti-jams and workshops to the local community, including kids, which makes Vitry-sur-Seine one of the few places in Paris region with an authentic street art spirit.

But enough writing about it, book a tour with us, and we will be happy to show and tell you more!